To faithfully restore/ re- recreate the top of the Kings Theatre Southsea Tower, using GRP to ensure that it is durable, light, and resistant to weather conditions.

Light, to enable easy install at 90'.

To re-create in GRP a new replica wood cupola to match original.

To sculpt and reproduce in GRP, 6 stone effect Lions, from photograph. 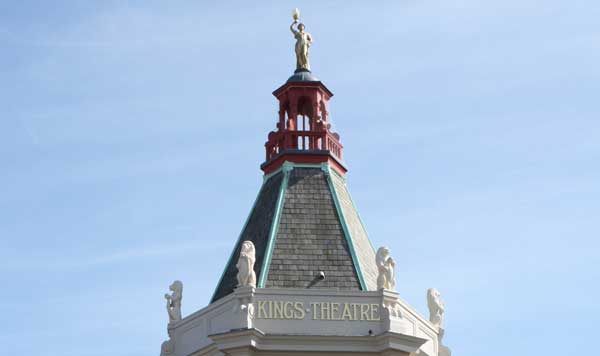 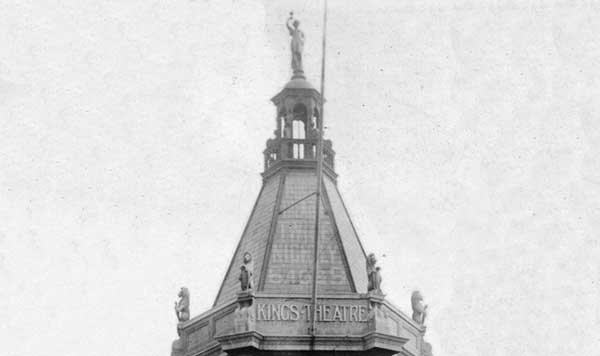 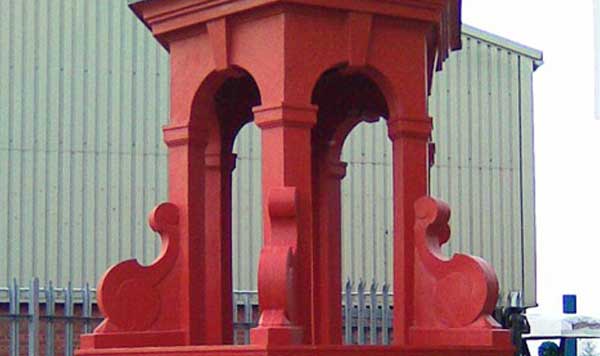 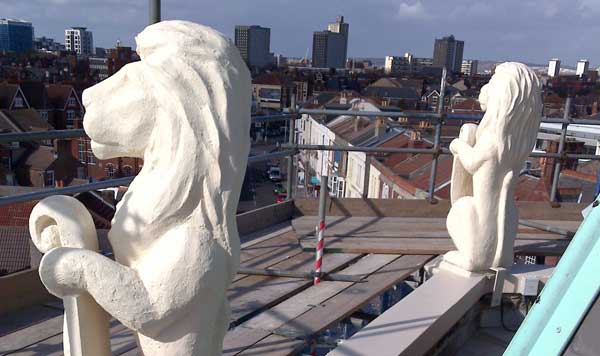 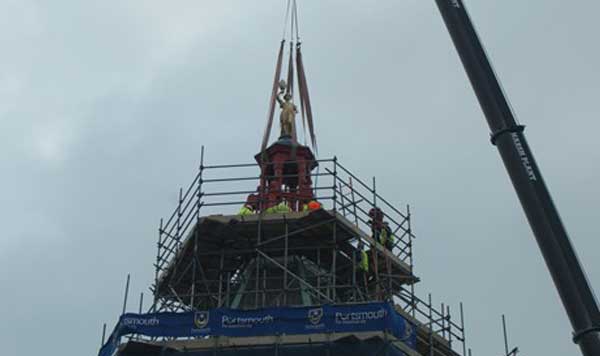 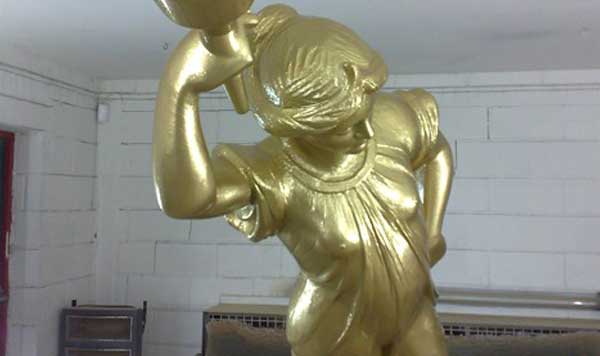 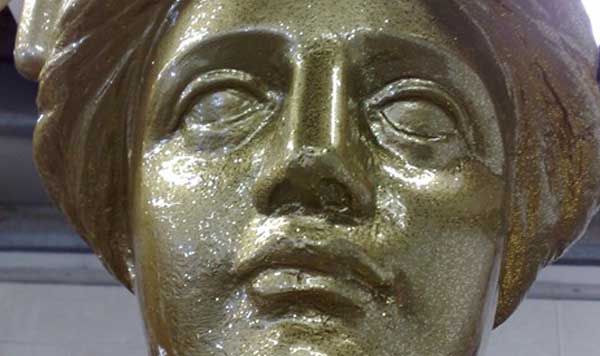 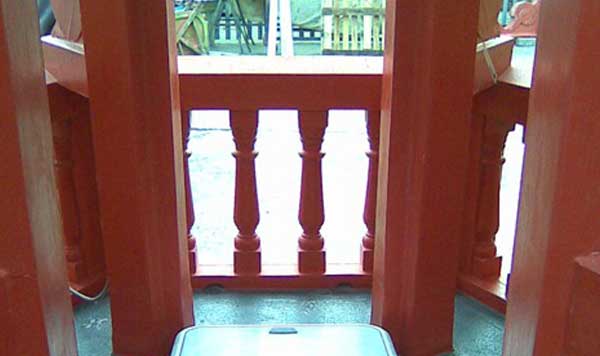 Our laminating team used the original wooden figure to take a mould for the Auraora Statue, she was then sprayed to match original colours.

The Auraora was fixed to the GRP cupola (which was finished in a red painted woodgrain effect to match original) to make a one peace component to allow it to be installed altogether.

Our talented in house sculpture had to create, in structural foam, the lions using a photograph taken at the turn of the 20th Century, as the originals stone lions were removed and mysteriously disappeared in the 1930's. From the foam pattern, we took 6 moulds of the lions in GRP.

A one peace Cupola and statue made in GRP that fitted in one go on the top of the existing tower. It is weather resistant and cured the prolonged leakage problem making the tower water tight. The GRP Statue, Cupola and lions are all finished in a way that replicates their original material surfaces (wood and stone). Despite being 90', we ensured that the finish was to the highest standards and replicated faithfully the original materials. This relentless attention to detail has resulted in an Authentic, quality architectural landmark, which will undoubtedly be a part of Southsea skyline for many years to come.